Skip to main content
Watch Live Streaming and On Demand 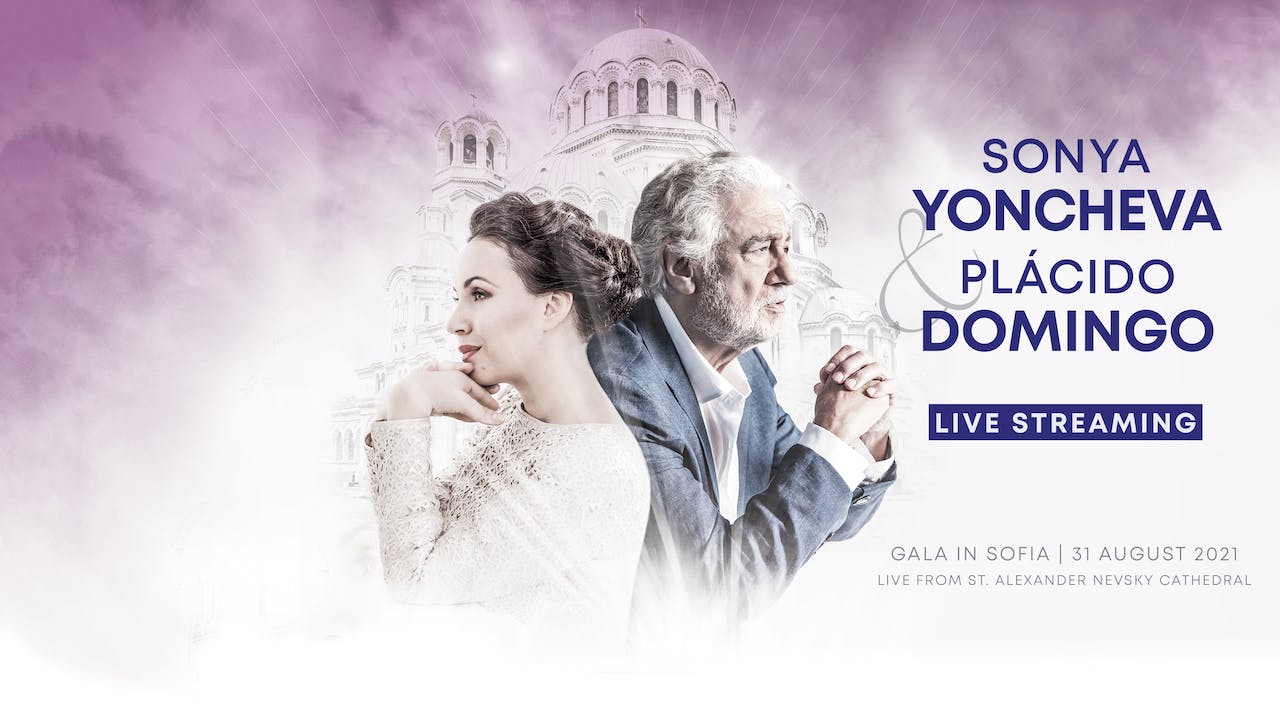 The superstar opera soprano Sonya Yoncheva will take the stage in front of the Cathedral St. Alexander Nevsky in Sofia, Bulgaria, together with the king of the opera Plácido Domingo on August 31 at 5:50 pm UTC (GMT), which is 7:50 pm CEST (Central European Summer Time). Watch them perform a live gala concert with popular arias from famous operas and duets, which they have selected, especially for the event, accompanied by the Sofia Philharmonic Orchestra with conductor Nayden Todorov. The concert will create a real celebration of music at the end of the summer.
"In the times in which we live, I would like this concert to bring inspiration to people and give a new push to the cultural life around the world. ” Shares Sonya Yoncheva. After the live stream finishes, the VOD recording of the concert will immediately also become available to everyone who has purchased the live stream. The video-on-demand will be available for one week following the ending of the concert, until 7 September 2021 at 11:30 pm UTC (GMT).